So day two of the crop was definately a succes - though at one point I thought it was going to take me ALL day just to do the first layout I started! But it all came together and I did get a lot done in the end. The layout I started at the beginning of the day was another of the layouts for Taryn's album, and I was able to use it for the first challenge, which was to use orange. It was for her Spanish Band photos so I wanted to use the Day of the Dead stamps and colourize dies that I have. It was the dies that really made it take a while, but I did get it done!! 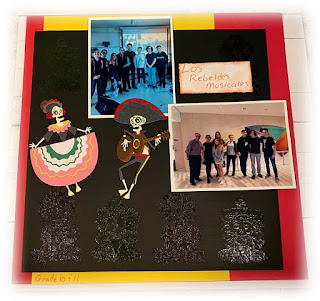 Once I got back from swimming and got this page done things went faster from there and I got a fair amount finished! The next challenge was Light and Bright, and I used the stencil from our goodie bag, along with Crackling Campfire Distress ink to make a quick card. 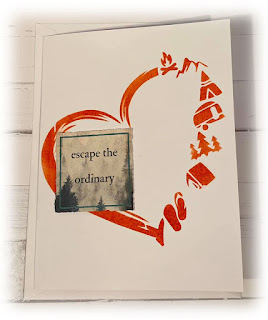 Next up was the out of the box challenge. I decided to use the ATCs that I started for the next Amy's Art Alchemy swap for this challenge. I haven't quite finished them yet but they look good so far! 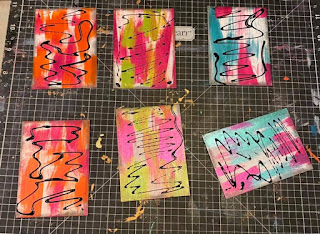 After the supper break it was time for the second make n take of the day (I didn't do the first one as it was the layout that I scraplifted for Taryn's album. I will do it eventually, just not during the crop!). This time it was a cute little pop up card. So adorable!! 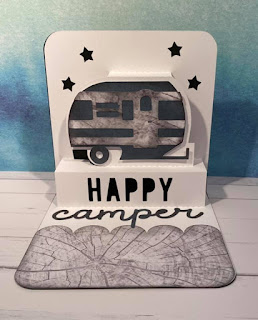 I find it always so fun to do these Zoom crops - especially when one of the gals will take a photos of us all working away on our projects!! We all look so industrious!! 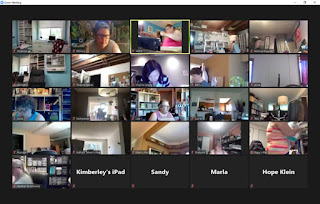 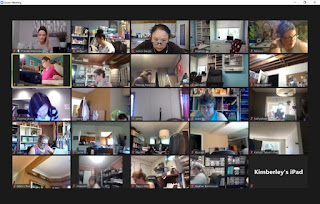 The last two challenges of the day were to do something with a wood/bark theme and do do something using texture. For the wood theme I did a layout with more camping photos and used up all the die cuts from the goodie bag that I made on night one. Love how it came out!

Then for the texture challenge I finished off a project that I started during the Maker Mania 3 event! This was a mixed media art board project that Scrap Addicts posted for the event, but I ended up doing it as one of Taryn's layouts for her grad book. Because it used water colour it actually made part of the page a little flimsy (all that water - go figure!) but I was able to just add some thick paper behind the page and it was all fine. I really love how it came out - great inspiration from that class for sure! 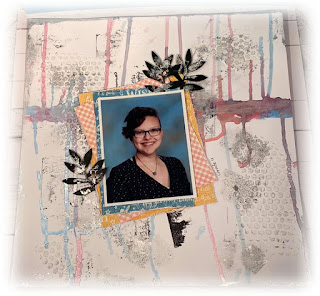 Once I had all the challenges finished, I spent the rest of the crop working on more layouts for Taryn's book. And what do you know, I got the rest of the pages done! I am as finished with the book as I can get because I am still waiting on photos from her Graduation Day, as well as her official grad photo and her grade 9 photo that we don't have a good copy of. So I think I did pretty good, even with leaving it this late to complete. I love how the last few pages came out. I ended up using kits from Treasured Memories for a couple of them, and inspiration for another one from another of the Maker Mania 3 classes. 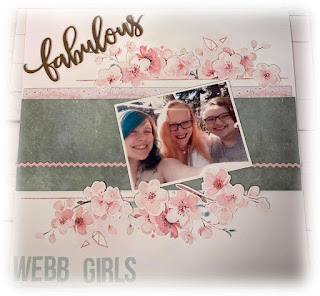 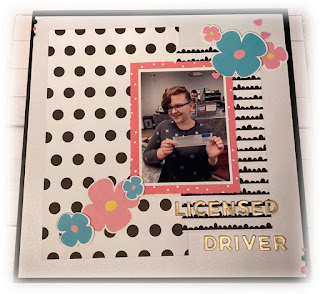 All in all, another successful crop day. And I won a prize again - that is two crops in a row (which NEVER happens!). And now since it is still so stupid hot I am going to go swimming again, and then come back downstairs and do more crafting! So till next time, stay safe and stay crafty my peeps!
Posted by Buffylongard at 09:30