The 2nd ANNUAL High Level Library CROPTACULAR was even better than last years event. We hosted 40 ladies (well 39 ladies and one gentleman!) over three days and just had so much fun and laughter throughout the weekend.


Friday night the ladies started rolling in with their crafty supplies and the fun began! 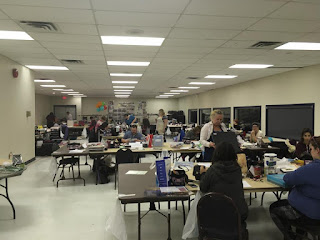 We didn't do a whole lot of the prizes and such on Friday night, but we did have one big winner. We had a game where the prize was return airfare for two from Edmonton to High Level and the lucky winner was Helen Batt! She was really excited. 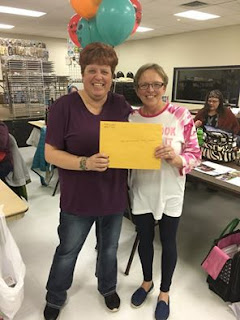 Then the rest of the night was spent with the ladies getting their crafting on and one class - the dress form class I taught. I will do a separate post about that class and the others, but boy did we have a blast and do we ever have some amazing talent in our group.

Day two started.out just as much fun. The ladies all showed up bright and early to get breakfast and get their craft on again. 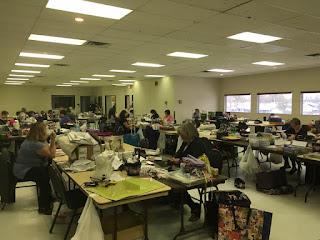 The day was filled with more fun and laughter, as well as more games and prizes. We even had the chance to round up (almost) everyone to get a group photo that we want to submit to Creative Scrapbooker magazine. 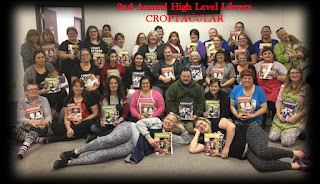 And of course, as well as all the amazing meals we had throughout the day, we ended things with a fantabulous ice cream bar donated by my pal Paula in honour of the 11th Annual Ice Cream for Dinner Day. This was one of the highlights for many of the ladies, myself included! 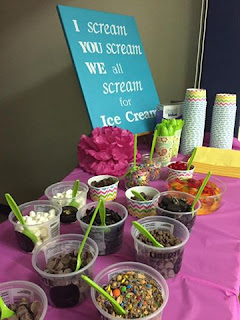 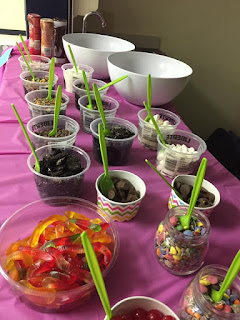 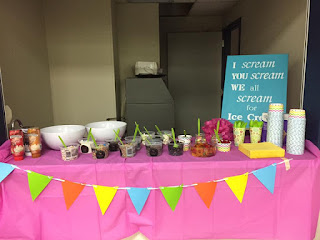 And of course we had to end the day with another game/more prizes. I wish I had thought of it sooner and had someone video this last game as it was an absolute hoot! We played Scrapbook musical chairs and because we only had 5 people play they all went home with prizes. I couldn't track them all down for photos, but did get a few of them to pose for me! 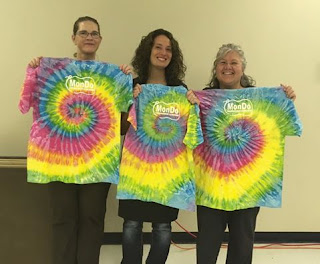 Then on Sunday we had a few die-hards that just had to go to the bitter end! It was a great suggestion to have the option for three days this year - we had at least half the ladies take advantage of this option so they could at least get a few more things done. More fun for all. 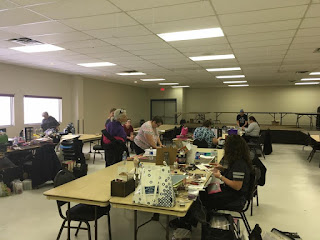 But you know what one of my highlights of the weekend was? We had a couple special guest "crafters" at our event this year. Coco and Rick were a hit with all the croppers!! 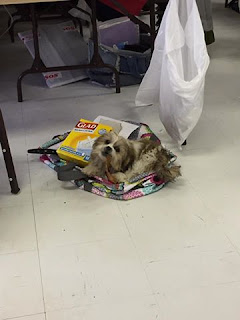 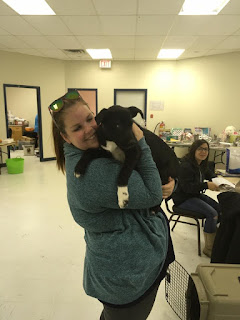 So I will do a separate post all about the classes from the weekend. But I really want to thank all the ladies (and gentleman!) that attended the crop and made it such a huge success! You guys are the best! Until my next post, stay crafty my peeps!
Posted by Buffylongard at 16:29