So I think I spent almost all three days of the long weekend in my craft room! At least it seems that way. For some reason I didn't think I really had gotten much done, but apparently I did! So much so that I think I am going to do a couple posts about it.

So first off, I finished off my Not So Secret Sister swap. I was supposed to send out stuff for October, November and December back in October, but I got swamped and was only able to finish October and November in time. So I made her a couple items, as well as picking up a few goodies for her. I hope she likes them! 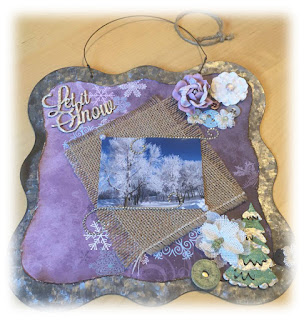 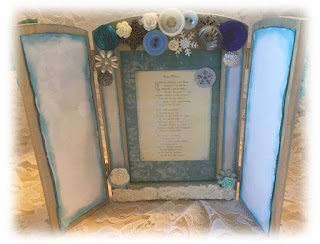 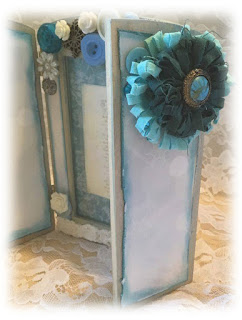 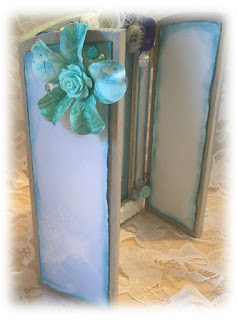 This is a winter theme altered picture frame. I put something in it, but she can swap that out for a picture of her own if she likes.

I did a bunch of art journaling too, but I am going to talk about them in separate posts. Till then, stay crafty my peeps!