So I actually had a REALLY productive crafting weekend, though it didn't seem like it was going to start out that way. On Saturday I was crafting/chatting with my pals and we didn't really do a whole lot of actual crafting! LOL What I was doing was going through my Creative Scrapbooker Magazines, as my pal Paula was looking for some and I wanted to send some to my sister in law as well. Turns out that when I got the Spring 2020 issue I forgot to post about it - AND I WAS PUBLISHED IN IT!!!! I can't believe I forgot to blog about that. Well better late than never!

This was my 4th time in the magazine, and it was one of the layouts that I did at the 2019 Great Canadian Scrapbook Carnival. I submitted it then but it didn't get picked. I decided to send it in for consideration through the website and it got picked. It was a bit bittersweek as I found out it was being published the day after I lost my Dad. But it was so nice to see it in the magazine! 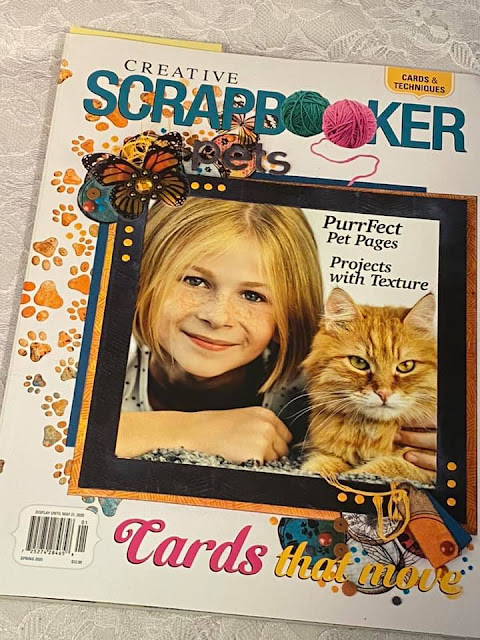 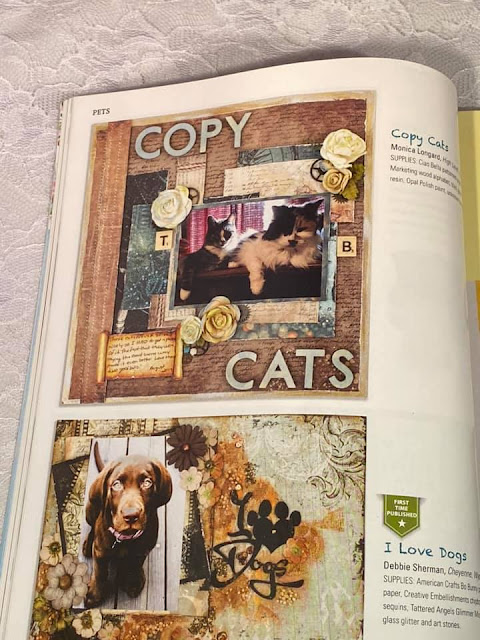 I was also in the same magazine with a picture from our October Harry Potter themed
5th Annual Library Crop. It was a great photo and a really successful crop so nice to get
the recognition for it in the magazine for sure! 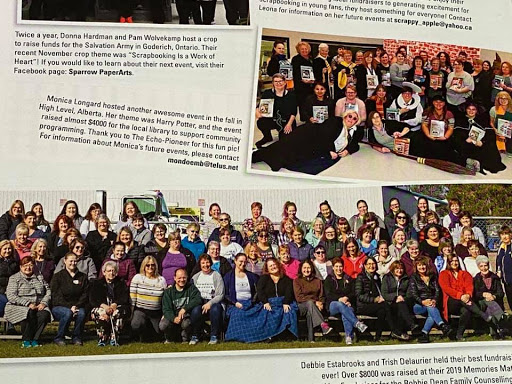 As well, my friend Dawn from La Crete got one of her layouts in the magazine. So exciting!! 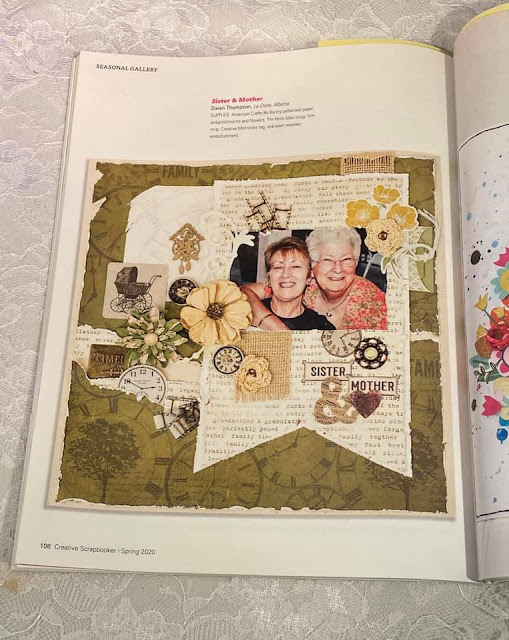 Like I said though, I did eventurally get a fair amount of crafting done. But I will post about each project separately. So till next time, stay safe and stay crafty my peeps!
Posted by Buffylongard at 12:03