Got more work done on my Steampunk Top hat that I have been working on. It still has a way to go, but I am pretty happy with it so far!

So to start off, I thought I would share where I got the inspiration for the project. I knew I wanted to do the hat in a steampunk style, but as soon as I saw this on Pinterest, I KNEW this is what I wanted to do with it. 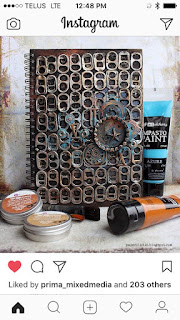 It was done by a wonderful artist named Riikka Kovasin and her blog is called Paperiliitin. She does absolutely PHENOMENAL work and as soon as I saw this picture I had my inspiration for my project. 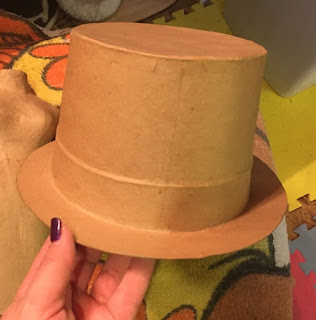 This is how the top hat started out - just a paper mache top hat. 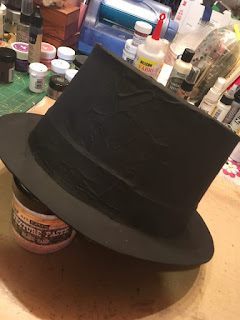 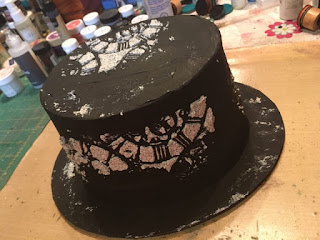 Then I added more texture - I thought I was using Black Lava so that when dried it would be dark. But low and behold, I used Black Sand! Hence why it was still white in the morning when it dried. 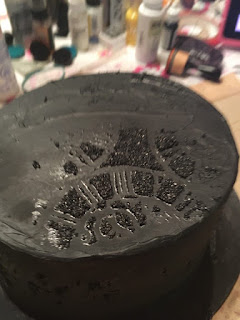 This was an easy fix though - just sprayed it with some Black Marabou spray and I got the look I wanted after all!! 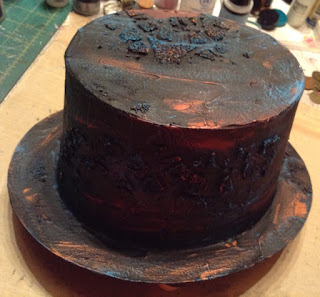 Next step was to add some colour - as per my inspiration guru Riikka, I used the Finnabair Impastoo paint (Azure) for the blue and then the Finnabair wax in Rich Copper for the colours on the hat. 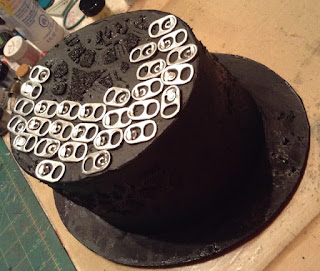 And then I had to place were I was going to put the pop can tops - I had originally thought to put them all over the top, but I didn't want to hide all the texture, so was more strategic in my placement - LOL! :) 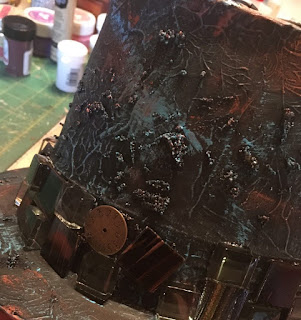 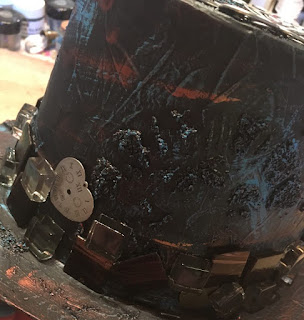 Then my final step I worked on this weekend was to do the hat band. I had some bathroom tiles that I got from another class and I used those, along with some bling I found at Michaels.

So this is what I have done on the hat so far. I hope to do more work on it this week, so till next time, stay crafty my peeps!