Another FULL day of crafting was the order of the day yesterday. I got A LOT done that is for sure! It was so fun - and a little crazy trying to follow two crops at a time, but I succeeded I think! After starting the day watching the live demo that Charlene posted I got back down to creating. The first this I completed was the first TM challenge - Candy/Dessert Themed. I used the headshot that we got for this crop, along with several of the die cuts that we got in our goodie bag. I love how they came out - though I am not sure I make a very good Willy Wonka!

And while I was at it - and all my buddies were sharing their headshots too, I used them on the second make n take of the crop. It was a layout and I think the photos worked perfectly! 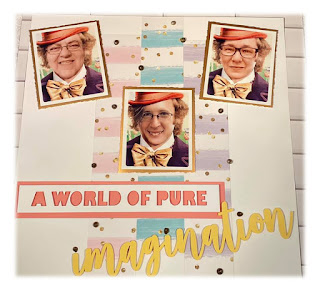 Then I worked on the next challenge, Bright Bright Colours. I did another layout for the album I am making for my niece Taryn. I had seen a layout on Facebook and scraplifted it. Love how it came out. 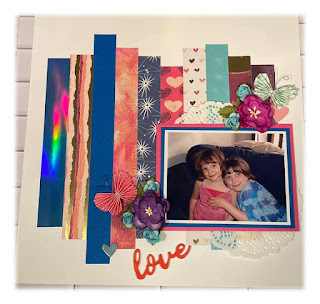 Chantel did a couple demos again this weekend, but I didn't really get to them. Instead I worked on another challenge. This time the theme was Use Wonky Lines/Angles. I did this for a challenge in the Bryd's Nest crop as well. For that challenge we were supposed to use a sketch as a basis for a layout or card. Again, I killed two birds with one stone. This is the sketch I used as a basis. 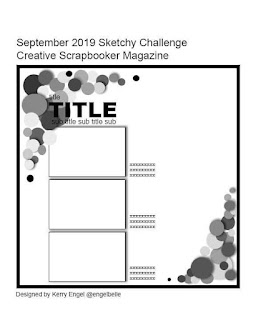 And this is what I did with it! 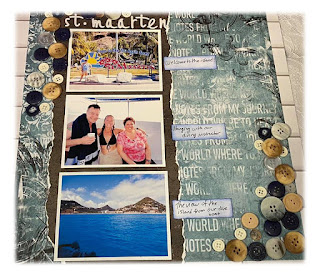 After supper it was time for the last make n take of the day - a cute little card. I really love this one as it is super cute! 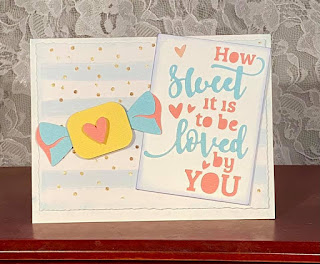 There were only two more challenges for the night and I finished them up back to back. One was to use a Funky Font and the other was to do something Silly/Fun. I made another layout for my cruise for the font challenge and a cute card using some paper and dies/stamps I forgot I had for the silly challenge. 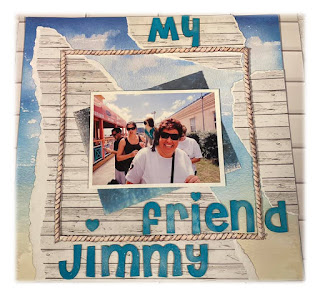 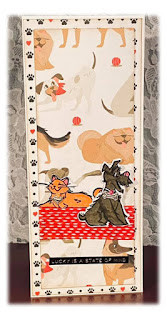 Once I had all the challenges finished I moved on to finishing another swap. I was also able to use this project for another of the challenges for the Byrd's Nest swap. Lots of multi tasking on my part! This swap was to make some altered puzzle pieces. At first I thought they were bigger ones so I had my husband make me some puzzle pieces on our laser engraver out of thick chipboard. 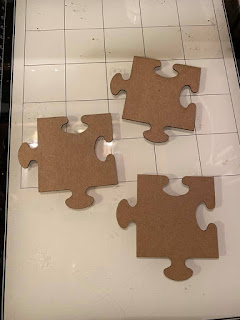 Then I re-read the event info and realized it was reglar puzzle pieces. I was lucky and we had a puzzle my hubby was ok with me altering so I got down to it and made some altered puzzle pieces. They are so cute - not the easiest thing to do but I made it work! 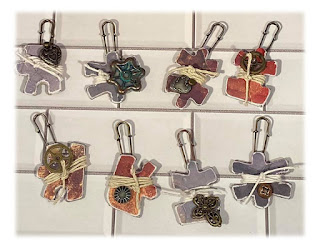 I was also going to alter the pieces my husband cut for me, but decided to just send them as extras to my partner. But I still wanted to make something extra for her. And I wanted to make something for the mixed media challenge for the Byrds' Nest crop. I got my husband to make me one more puzzle piece out of chipboard - just a bigger one this time. I thought I took a picture of it before I altered it but I guess I didn't. This is the end result though. 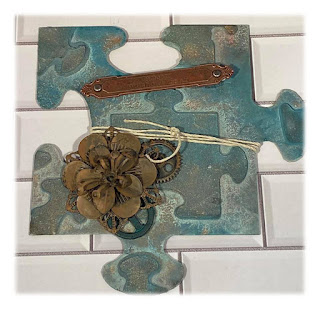 I ended off the night by doing one more layout - another mixed media one that I could use as a challenge entry. It was another one for my cruise album. 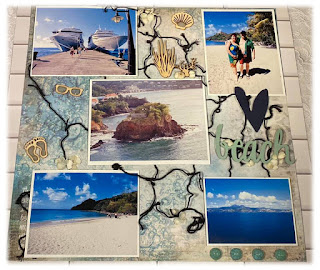 So it really was a productive weekend so far! And I only have a couple more layouts to do to finish my cruise album, so I think that is my plan for the day. Tricia and I had planned to work on some of the Byrd's Nest classes today, but her day isn't going as planned so not sure if that will happen or not. But now I am off to create some more! So till next time, stay safe and stay crafty my peeps!
Posted by Buffylongard at 09:00