Well I got A LOT accomplished this weekend for sure. And yesterday was another productive day, even without having a crop to attend!  As planned, I got a bunch of layouts done for my neices grad album gift. I finished 5 pages - WOOHOO!!

First up was her grade 1 photo. I decided to use the last "card" from my JOFY card class last weekend. I have so many cards and I got this idea from another crafty pal. I did the rest of page in the same basic technique to pull the whole thing together. 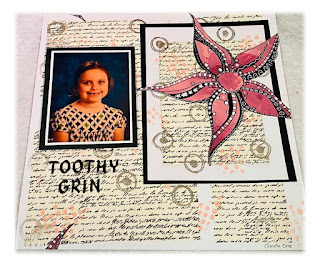 The next page I did I took the idea from the layout example that actually came with the paper. This was from one of her sister's birthday parties, but I was able to still make it work without her being the birthday girl. 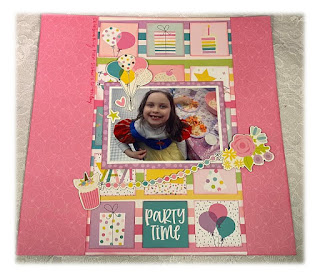 I think this is my favourite layout so far! I did another technique from the JOFY class - in the class we did this technique on an entire page and turned it into cards. I just left it as the background for the layout. I shared it in the class group and the teacher liked it so much she shared it in another of her groups that she runs. Nice complement for sure! 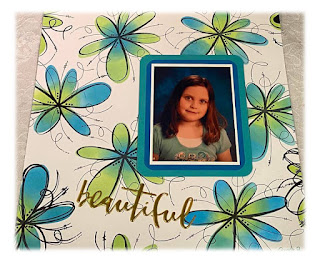 Next up are a couple of my favourite photos of the girls. The first one I had done before in a layout class I took. I liked it so much I scraplifted it for this layout. The girls are such good inspriation it makes it easy to do awesome layouts! 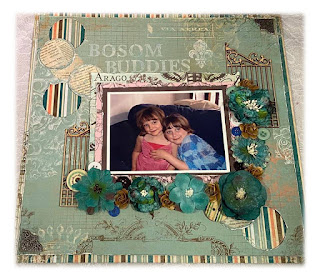 Last layout of the day is a photo of the girls from when they first moved to edmonton. They are so cute and have always been the best of friends. I had to include pictures like this in the album. 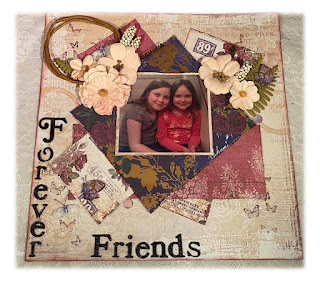 I had an idea for another layout, but it was too late in the day by the time I finished these layouts. I am almost half done the album, which is good as my sister was hoping I could have it done by the end of the month. So I will definately be in my craft room more this week. So till next time, stay safe and stay crafty my peeps!
Posted by Buffylongard at 12:48