I had fun last night at the craft night put on by High Level Chinchaga Adult Learning Centre, run by my crafty pal Gaye. It was nice to get a bit more work done on my album for my pictures from Creativation. Especially since it was a year ago! I need to get it finished. I got about 4 pages done and I am quite happy with how the album is coming along. 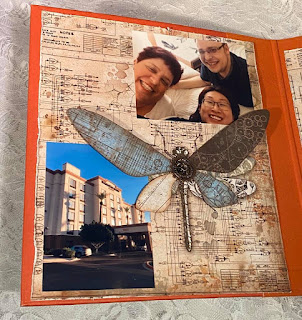 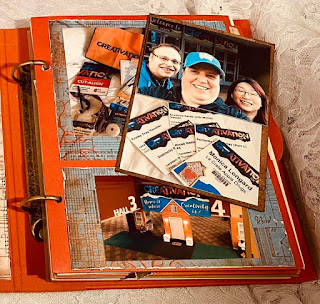 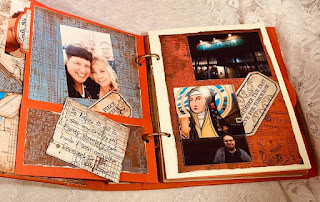 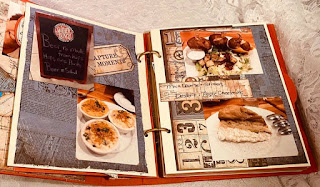 Only several dozen pages to go to get it finished!! A couple more craft nights like last night and I should have it done before Creativation rolls around again next year!! LOL

I also did some experimenting with a product that I already own! The fab gals at Treasured Memories, KC and Chantel, were just at Creativation in Phoenix last week and Chantel was showing off one of Stamperia's cool products called Cream Paste. I realized after watching her video that I already bought some from them so thought I would try to do the technique she was showing. You basically use the paste on a mould, spreading it evenly over the mould and then when it dries you pull it off ond you have this cool skin that you can paint and add colour too to create cool texture for products. I looked up this video on YouTube to see how it was done and if I could do it myself.

None of the moulds that I have really looked like they would be what I wanted for this, but I do have a couple of texture fades that have cool patterns and I wanted to see if it would work the same. At first it wasn't working as I was closing the texture fades like you do when you use them to emboss and the paste was not able to dry. So then I opened them up and it dried and worked like it did in the video above. They are a bit thin but it worked!! 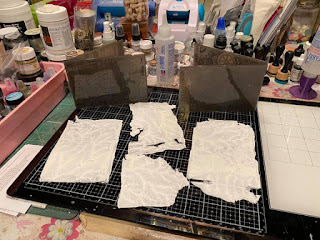 I even did a short video to show off how they worked!!

I am trying again with some more Cream Paste - I am doing it a bit thicker this time to see how that goes. I also was chatting with another crafty pal - Matt - and he said that the Finnabair Icing Pastes by Prima are supposed to do the same thing, so I am trying those as well with some other texture fades that I own. 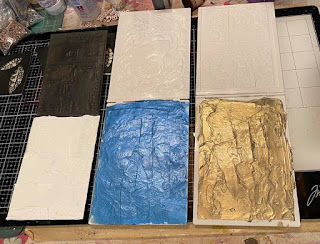 If these work how I hope they will, I am going to do a video of my own to show how they work. I will share that when I do. So till next time, stay crafty my peeps!
Posted by Buffylongard at 13:52