On the Wings of Love Design Team Project

I am back for my second month as a Design Team member of this great blog Mixed Media Mojo. This month's theme was love with the twist of wings and with both the projects I did I made them not only for this team but also as a swap for a friend. I wasn't able to do as much as I wanted for a tutorial but I will give you a run down on how I did the project!


I started with a paper mache dress form from Joann's craft store. The friend I made it for had wanted to attend the dress form class I did back in October but was not able to so I thought I would make her one instead. 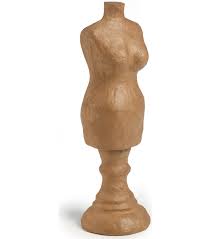 The next step was to cover the form in tissue paper. I used a couple of Tim Holtz styles of tissue, just to give it some extra texture and some basic designs. As well as the tissue, I added some texture sand in a couple places to give it even more texture. 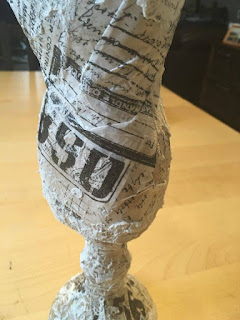 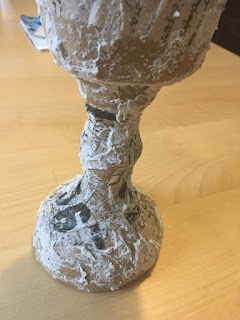 The next step was to paint - this is the step that I didn't take enough pictures of and is a little hard to explain what I did. I basically just painted and sprayed it until I got the colours that I wanted. I used a copper paint by Dina Wakely, some dark blue paint and some red paint - all colours that I was also using on some journaling I was doing at the same time. After the paint was dry I sprayed the entire dress form with Tim Holtz Mica Spray in Anitqued Bronze to give it some shimmer. At the same time I was painting, I also wanted to create the two heart pieces that I put on the project. I did this by filling the hearts with various ephemera and then adding glossy accents to seal them into the hearts. 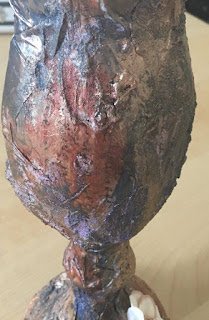 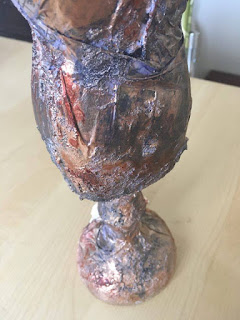 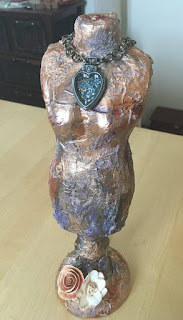 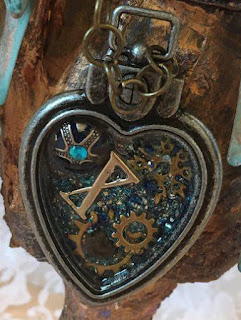 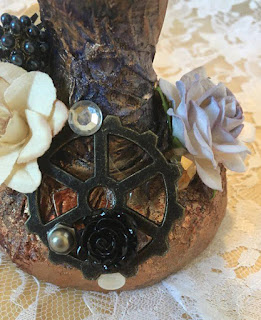 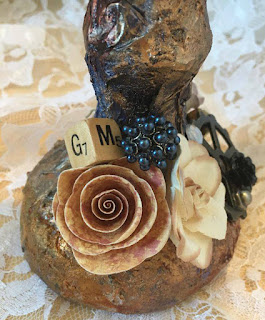 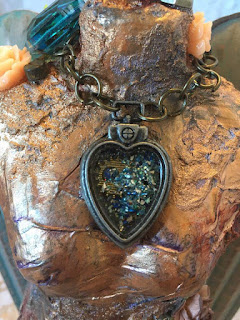 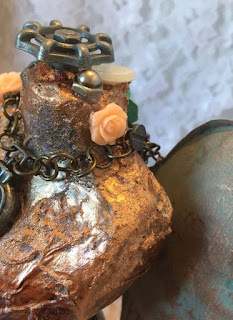 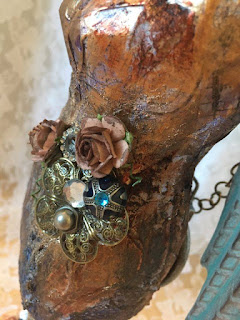 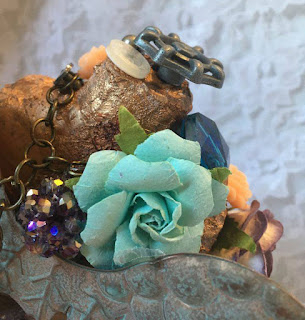 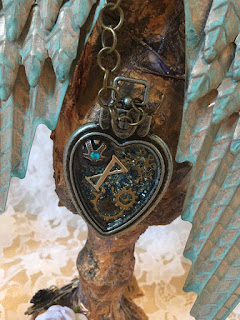 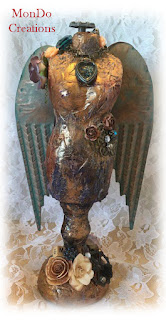 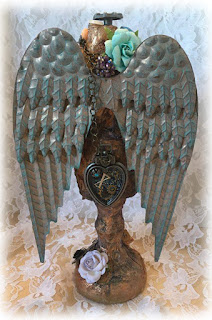 I hope my friend I am giving this too likes it as much as I had fun making it. And make sure you check out the blog and participate in the February Challenge - you could win a great prize this month!

Till next time, stay crafty my peeps!
Posted by Buffylongard at 11:31