So day two of the crop was just as fun as day one, even without the costumes! And I actually got A LOT accomplished - for me anyway. I may not be able to crank out as many layouts as my pal Cathy, but I did really well for me. I got 4 done (well one had to wait till Sunday to be totally finished) as well as getting a bunch of cards made and participating in some challenges. 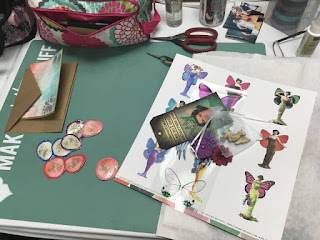 So I started off the day finishing off the birthday card that was going to my friend Paula. Now since it is for my design team, I won't show the end result yet. But I can show a sneak peak. 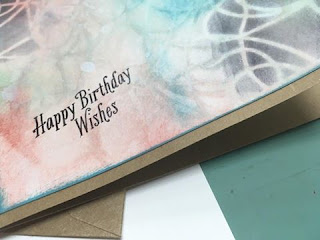 The next project I was doing was a layout for one of the crop challenges that Treasured did. They give you a bag with several items in it and you have to create something using everything in the bag. You don't have to use it all but at least parts of everything. I knew about these challenges from other crops so came prepared with a picture to use. I did a layout using a picture of my nieces from when they did ballet. Really happy with the end result. 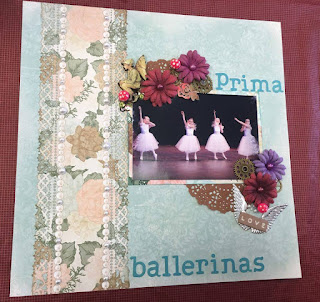 Up next, I worked on yet another layout (anyone who knows me knows this is NOT usual for me!). This time I used a picture of my gorgeous granddaughter as the inspiration. I just LOVE this layout. Of course it is easy to create beautiful layouts with such great inspiration!! 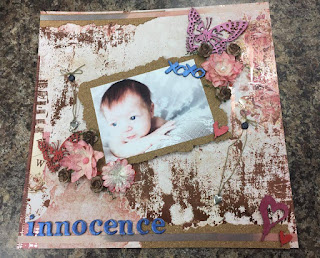 Then we had a treat - one of the gals brought in some black lab puppies that were so adorable. I sent this pic to my hubby saying I won the puppy as a prize - he was not amused. LOL But it was a fun break in the day. 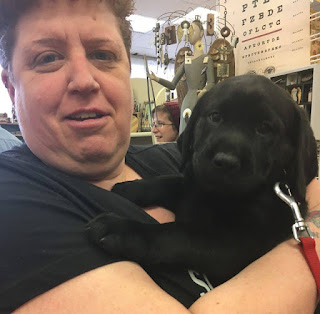 Then after we got back into crafting, I worked on the next challenge they set out. I made an altered star, but I didn't take a picture as I wasn't happy with the end result. It did give me an idea on how to do something else though, so will post that idea when I work on it. And I did give the star to my pal Tricia who loved it so all worked out in the end. And I did end up with two cards that I liked so not a total loss. 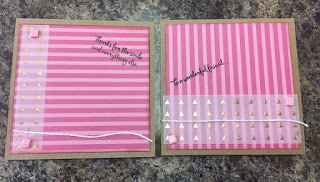 I continued he card making theme by playing more with my new Tim Holtz Distress Oxide inks. I went back and re-watched his tutorial on them (check it out here is you like: Distress Oxide tutorial) to see how he got them to look the way he did. And I am really happy with the end result .I turned them into some fun cards using some of the freebie stuff we got in our goodie bags. 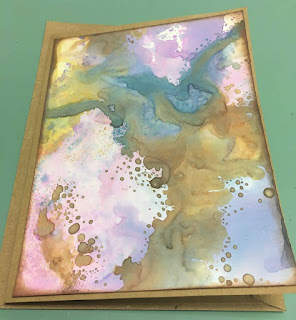 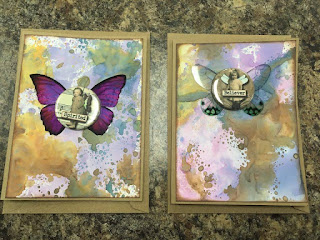 I also just made a simple card by stamping with the inks on some craft coloured pre-made cards. Love the simplicity of this compared to the others.  And of course it is cool how many different things you can do with these inks. Then of course we had an amazing dinner - with these funky frog cookies for dessert. One thing you can always count on at a crop is fantastic food!! 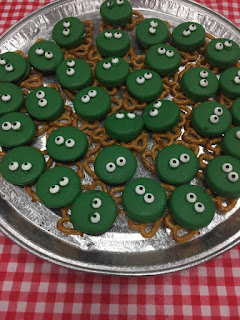 Then last up for the day was working on one more layout. I guess I always planned on this being a layout weekend as I brought so many pictures to work with. I loved my family picture we took at Christmas, but didn't want to do a Christmas themed layout. So instead I used some of the great new Graphic 45 paper I got in my January Botanique SOD kit. Great kits like hers make great layouts!! 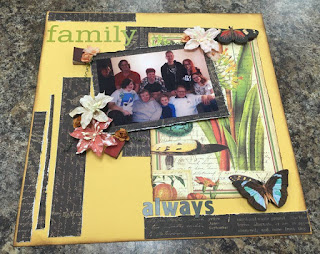 And one of the other best parts of the day - I won another prize. YAY ME!! 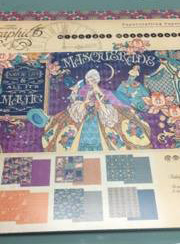 So was a really amazing day spent with some fab people. I love coming to crops and having so much fun. I will post my third day of crafty adventures later, so till then stay crafty my peeps.