Paula and I had a great second day of crafting - our own little crop! And I even got more stuff done! I also got my prizes I won at the crop yesterday. I did pretty good I have to say! LOL 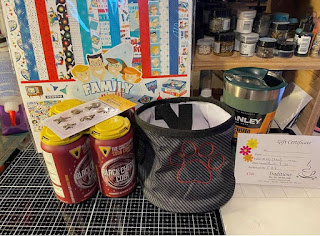 The first project I finished was the Halloween Julie Nutting tag - I coloured and put together the doll during the crop, as well as colouring the tag as part of my Distress Oxide Demo. So all that was left was putting it together. I love how it came out. 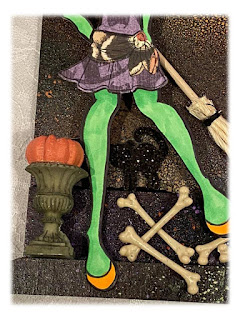 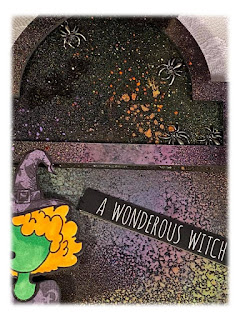 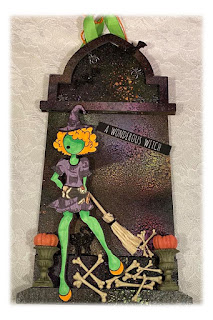 Next, I finished another layout for my niece Taryn's graduation album. Since her album really isn't a surprise, she asked if I could do a page with her pictures from when she did POM. It came out pretty good if I do say so myself. 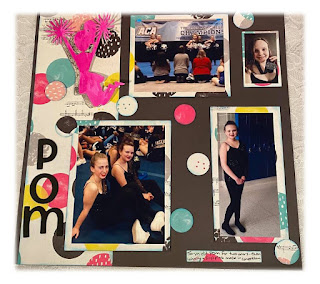 After the layout I started working on a birthday card for Taryn - since I wanted to send it back with Paula so she gets it on time. The funniest part about this part of the day was that after we got back from supper and I wanted to finish the card, we discovered that half our house had no power. After some investigation we discovered it was a transformer that blew. So we ended up crafting in the DARK for a bit! I think that is the definition of die hards. LOL - ans what is even nuttier is that this isn't the FIRST time I crafted in the dark (though this is the darkest I have done!) 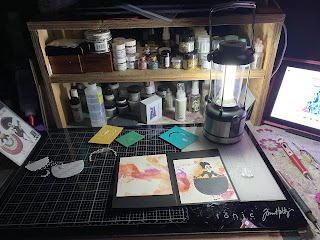 But I DID get the card done! And I really love this die cut set. I think it is my favourite so far. I also have to do a layout for Taryn with her Spanish Band so I think I will use these same dies for that. 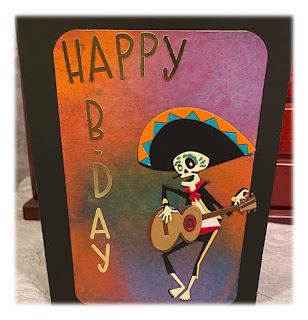 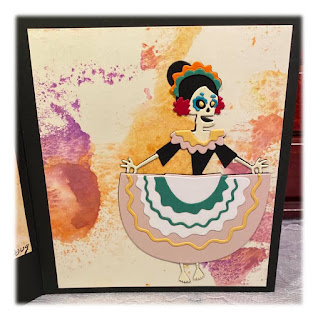 After I got these done I was trying to figure out my next project. I decided to make another of the make n'take cards that I got with the extra goodie bag I bought. Turns out it was missing a piece so I decided just to use it as inspiration instead and came up with my own card. I needed to make a birthday card for my employee and this one was perfect. 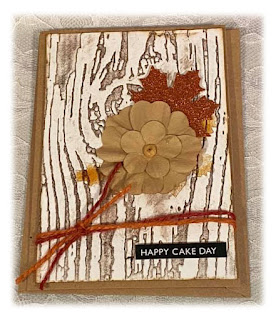 All these projects made for a pretty productive day! I did think of starting another project - I didn't do the layout make n'take from the crop so thought I would do that. I got a bit of a start on it but by that point it was pretty late and I didn't have a lot of brain power left. I like where it is going though. 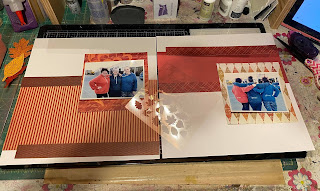 I really did have a LOT of fun this weekend. Hanging out with all my crafty pals and I didn't have to even lug my stuff anywhere! I am looking forward to doing it all again next week with the Treasured Memories crop. So till next time, stay safe and stay crafty my peeps!
Posted by Buffylongard at 15:54