Once my grandkids when home, I was able to get some more crafting in. My crafty pals wanted to do some more so who was I to argue! LOL
I did another layout for Taryn's grad album. This one was of what we think was her 5th birthday. I love how it came out!! 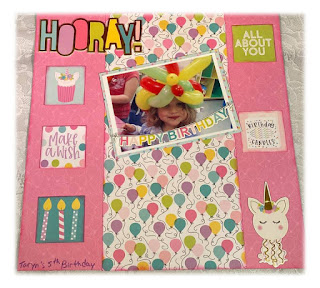 Then I decided to do another of the new Tim Holtz Colorize dies that I recently bought. This one is called Snowscape and I think this is the easiest one I have. Perfect for card making that is for sure!! 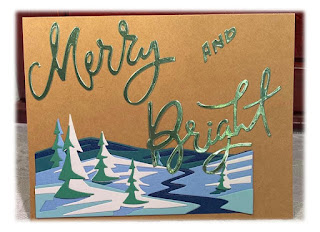 After supper when my hubby went to hockey we got right back to crafting. I wanted to do another layout for Taryn's album, and decided to use one of the cute die cuts that I bought back in July when I was at Treasured Memories. I thought it would be cute on a page for Taryn. And when I was in the city in September she told me this story on how when she was two she wanted to be called "GALINGA", so that had to be put on a page. My sister loved the layout so I guess it was a success! 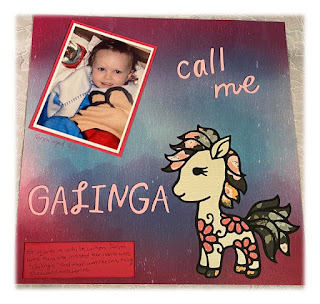 You would think at this point I would be done, but no we were still chatting so I kept crafting! I did another layout for my cruise album. It turned out even better than expected - especially since I was just using up some leftover paper from a kit I used on another page. 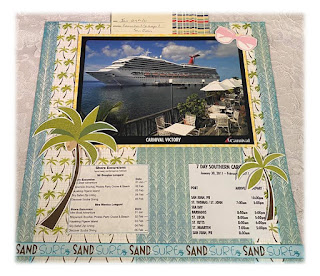 All in all, a VERY crafty weekend spent - virtually - with almost all my crafty peeps! I have to say having these virtual craft events is really keeping me sane. And I love that I can hang with my crafty pals virtually since I can't really in person. So till next time, stay safe and stay crafty my peeps!
Posted by Buffylongard at 15:38