As expected, yesterday was pretty crazy. Trying to juggle several events was a challenge - but it was super fun I have to say!! There were Zoom meetings for both Scrap Addicts (SA) and Treasured Memories (TM), as well as my regular posse. It was a different way to spend NSD that is for sure! 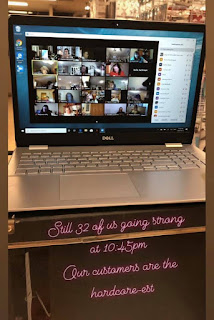 Treasured Memories also sent us a list of the challenges they were going to do. Didn't help me get that many of them done on time or without rushing, but it was nice to know what to expect. 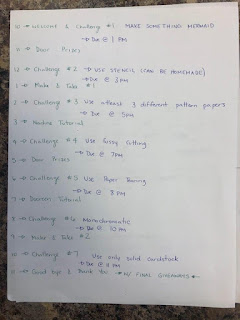 I ended up with about three projects on the go all at the same time, but the first one I finished was the first of the make n keeps that they sent us in our goodie bag. It was a cute little mermaid card. I love it - and as usual super easy to make! 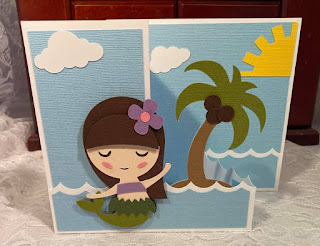 Next up I finished the layout I started with the pictures of most of us as mermaids. I used just the smaller photos of the girls they included for me as they fit great on the page. I was able to use this layout as two challenges for TM (about a mermaid and fussy cutting), as well as for one of the Scrap Addicts challenges (using dots). It is so fun to make layouts using the custom paper from TM!! 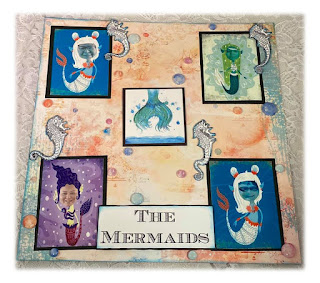 While making this the gang and I were saying that we all wanted copies of all the pictures of each of us, and KC was super cool and sent them to us. Check us all out as mermaids!! 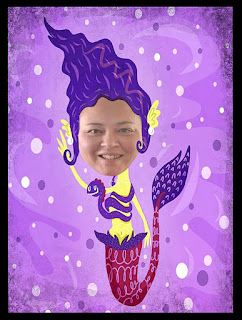 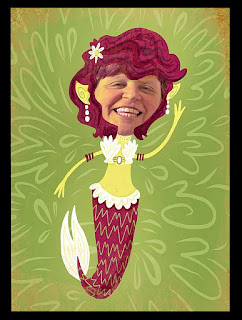 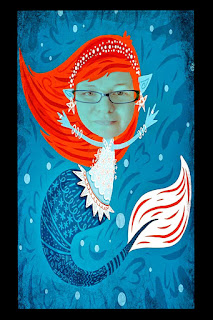 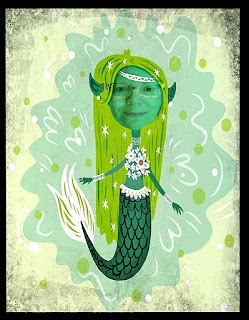 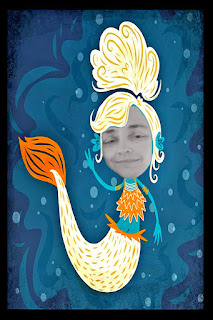 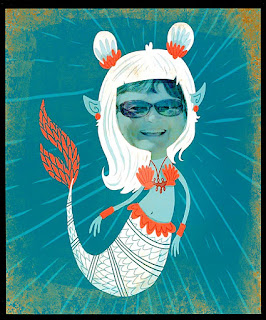 As is usual for a TM crop, I had gotten myself an outfit to wear - but of course I didn't have anywhere but my own house to wear it in with all this pandemic stuff. I did wear the mermaid tights all day, but I had to at least wear the mermaid hoodie to get a photo. My husband thinks I am nuts!! One of my mom's friends also thought I was a bit crazy to dress up just to hang in my own house!

The next challnege was to create something using a stencil, so I made a card that I think is going to be a birthday card for my sister. 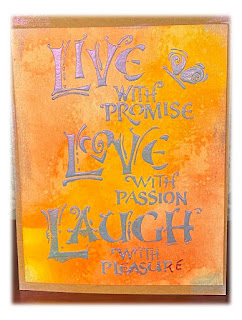 Next up was a challenge to use different pieces of patterned paper - so it was another card for this one. All those card bases I made weeks ago when I was crafting with my pal Matt have certainly come in handy for all these challenges! And this one worked for one of the Scrap Addicts challenges as well - Just Wing It. 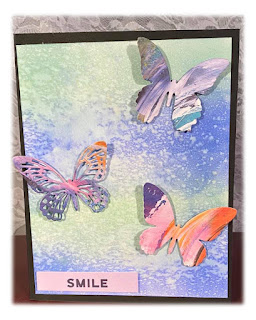 After that was a paper tearing challenge, so this time I did a two page layout. I am slowly trying to finish the album for the cruise portion of my 2010 vacation. It also worked for a SA challenge - using some of your newest supplies - since I used the new Simple Stories Vintage Costal paper line I just bought from them.

Next project was for the SA challenge to use sprays. I had tested out the newest Airless Mister Sprays I just got on some paper so used that as a background to make a birthday card for my grandson. The sticker letters are from SA as well. 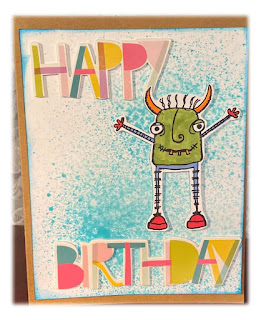 Once I took a dinner break - ordering from Flamingo to make it seem even more like a normal crop - it was back creating. Next up was another project that worked for a couple different projects. For TM it was a monochromatic project and for SA it was to be something green. I made another card for this one - likely gonna be a Valentine for someone at some point. 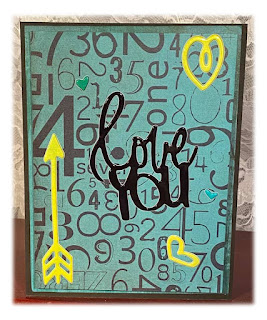 It was then time for the second Make N Keep of the crop - this time it was a layout and I decided to use a photo I put together of all of us as mermaids for this page. Another easy project and super fun. 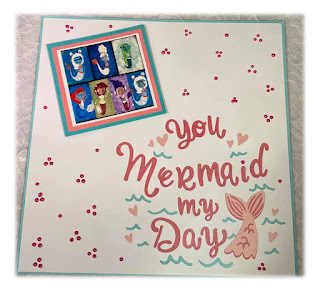 I ended the day by making another card - again it worked for challenges for both crops. For the TM challenge it was using just plain card stock and for the SA challenge it was using 5 stripes. I also used one of the cute die cuts they gave us in our goodie bag to complete the card. Now I just need to find someone who isn't feeling well to send it to! LOL 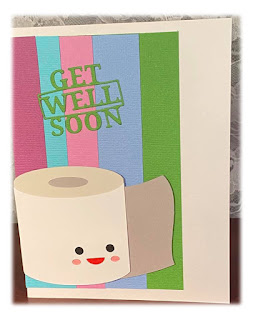 That was the end of both crops - and I even won a prize from TM!! I also got all of their challenges finished. I still have several of the SA ones to finish, but I plan to work on them today and throughout the week. So now I am off to do more crafting. So till next time, stay safe and stay crafty my peeps!
Posted by Buffylongard at 11:00