So as I said, I actually got some time in my craft room and got a layout done, as well as getting some more work done on some more projects.


First off, I did a layout to use for July for my wall calendar. I don't get the monthly kits anymore so I have to come up with my own ideas!  I had thought of using these great pics I got from my grandsons' mom on that canvas that I had to re-do, but then went in another direction. So I ended up doing something similar, just on a layout instead. I quite like the end result! 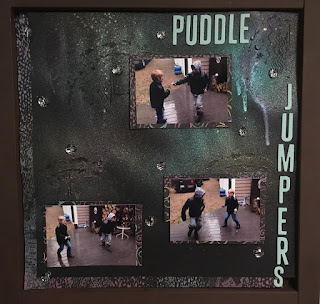 Then, as usual, I have about 4 projects on the go! I ordered a class from my pal Dawn Pritchard so finally started it. I just did the first layer and had to let it dry so no pics of it yet!

Then I had an idea for a canvas while I was camping so started it. I put down a zipper and then added heavy gesso and regular gesso. It has to dry to and I am still debating the direction to go with it colour wise, but I am having fun playing so far. I was sad I couldn't go to Finnabair in Edmonton this week, so thought maybe I would do something inspired by her techniques! 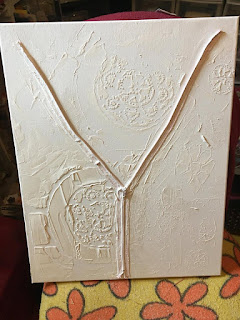 Then I was watching a video on Facebook of a tutorial for a Steampunk tag. I had a couple tags started so thought I would use the inspiration from the video to do something similar. I still have to add colour to one and figure out what I am adding to the second one, but liking them so far! 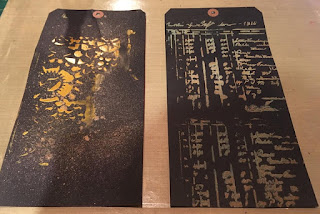 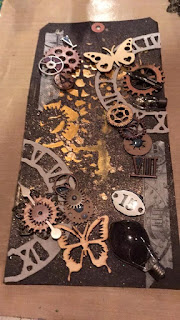 Since my hubby and I hope to spend most of our weekends camping, I hope to get more crafting done during the week. Keep your fingers crossed for me and stay crafty my peeps!
Posted by Buffylongard at 11:05