So I am finally caught up on all my swaps!! The last one I had to do to catch up was the Altered Shadow Box I signed up for with one one my Facebook groups. I was inspired by the dragon egg class that we did at the library crop so I did something similar.

The first step was to find an egg and a box to use. I had an egg I got from another crafty friend and a Graphic 45 shadow box that I got from ReneaBouquets so used them for the project. 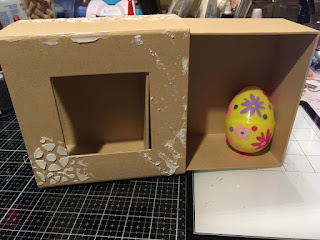 Since it was going to be a dragon theme I also had to make a whole bunch of scales!

The box I used was one that I had started decorating quite a while ago so it already had a layer of modelling paste on it. The next step was to add the rest of the layers to the box. I added scales and other ephemera, like we did in the dragon egg class. 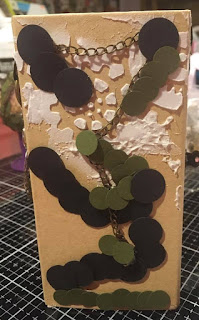 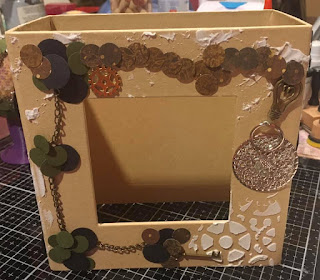 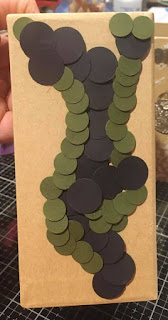 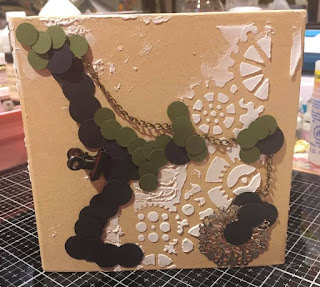 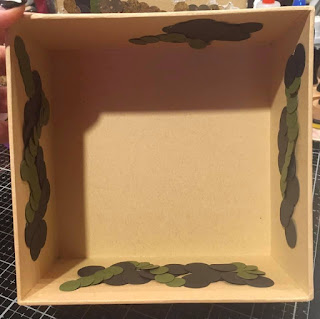 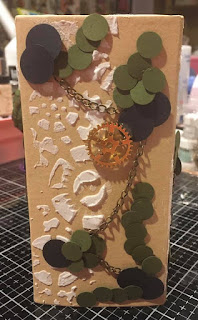 Then I had to do the same to the egg. I started by adding tissue paper to the egg with gel medium. I posted pictures of it at this stage on Instagram and people thought it looked like a ham  - or a brain! 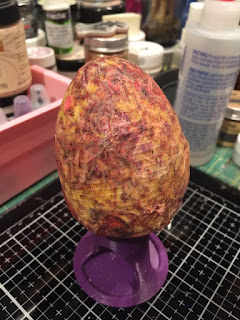 Then I added scales and other ephemera to it as well. 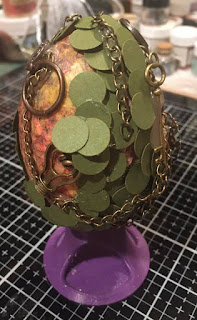 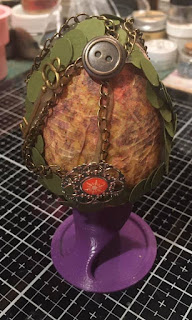 The next step was to paint everything black. I decided to use spray paint to make it a bit easier/faster than regular paint. It worked really well. And was definitely faster that way too. 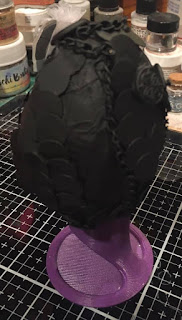 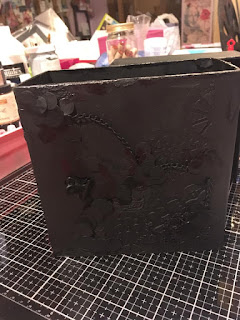 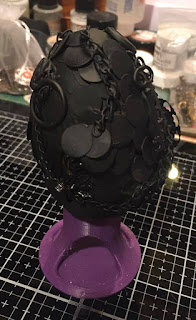 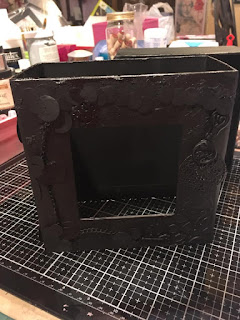 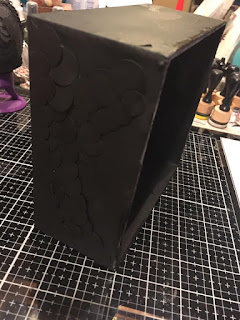 To finish the project I added Opal Polish in Blue Pearl and Golden Glow. It actually turned out even better than I could have hoped. I love how it made it look like metal - or dragon scales! I also added some dragon paper and other miscellaneous rocks (and even some pennies) around the base I built for the egg to sit on. Here are some close ups of the project, as well as photos of the whole thing. 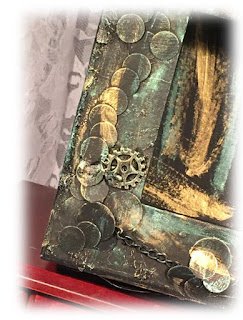 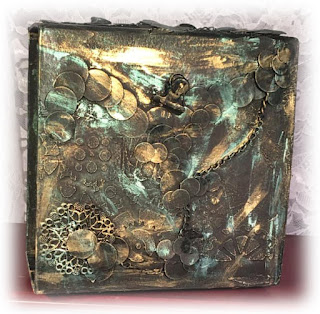 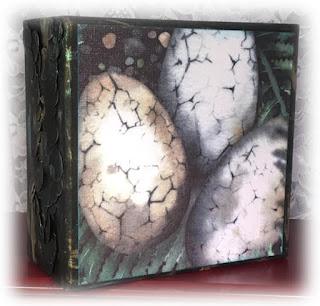 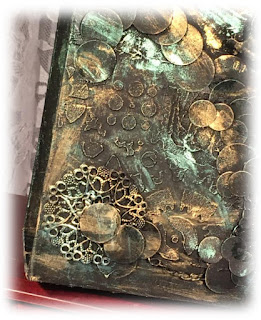 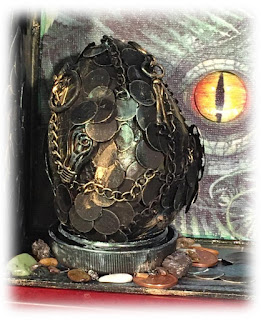 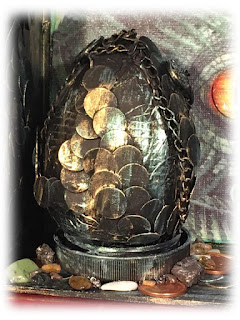 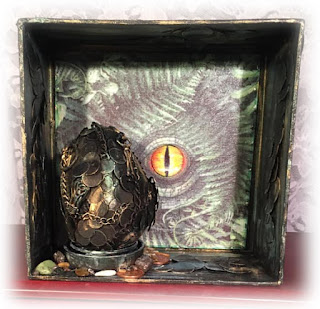 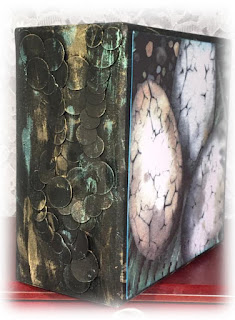 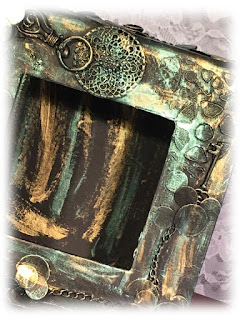 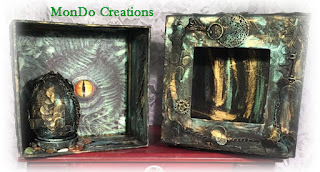 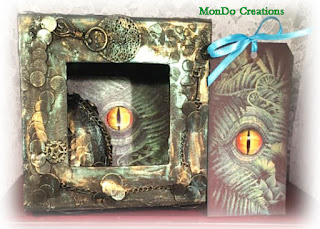 I really hope she likes the project. I got it in the mail so hopefully she gets it in the next week or so. I got my swap from her this week too but haven't had time to take good photos of it yet. So I will do a separate post about it later.

This coming weekend I hope to finish some projects that I want to do for use in submissions to a couple design teams. So till next time, stay crafty my peeps!!
Posted by Buffylongard at 09:00