I definately stayed up WAY to late to finish the heritage page I had started late Saturday. As I said, it is part of the contest that Leona is running all month for Scrappy Apple Scrapbooking Supplies. We get points for doing different things with products she is selling. This challenge was to do a layout using the Bo Bunny Heirlooms Collection or My Mind's Eye products that featured our grandparents. I have some great photos of my grandpa and great uncle and me when I was 6 months old so I loved the idea of this challenge. I also thought I would use one of the layouts from the Creative Scrapbooker Magazine's Sketchy Group - I have been wanting to use them for ages and thought this was a great time to do that. I have been crafting so much sometimes it is hard to think up my own layouts. So killed two birds with one stone and used this layout as inspriation! 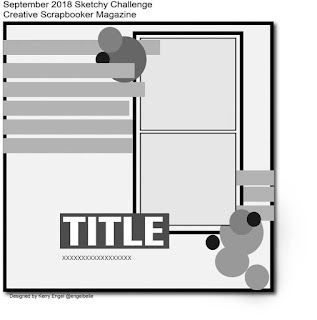 This is what I came up with! 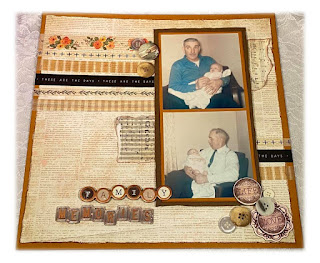 I also found the most AMAZING album in my stash to put this layout into. It definately looks like a heritage album. And I have other layouts of older photos to put in it, and more to do, so this album is perfect! I think I won it at a crop - and the funniest part is my friend ShawnaLee said she was putting her heritage photos into a heritage album and it turns out it is the EXACT SAME ONE!! Too funny! 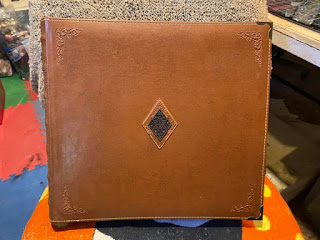 Then once I got a little sleep and went back to my craft room I decided to do another layout based on a sketchy group sketch. The theme for Sunday's challenge at Scrap Addicts was love - it was the last one of the L.O.A.D group. As soon as I knew the theme was love I knew which sketch I wanted to use - I saw it months ago and knew I wanted to use it for a layout for my wedding album.

So this is the sketch I used 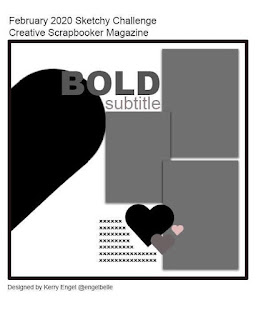 And this is my layout! 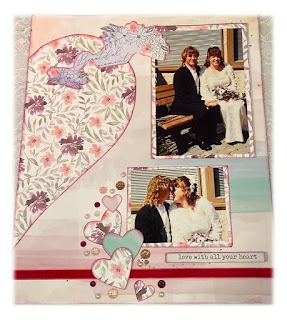 The rest of my day was spent starting projects and making stuff to send to my pal Tricia. I cut her some butterflies for the tag swap we are doing, as well as sending her some stuff she ordered from Leona and stuff I am giving her from my stash! 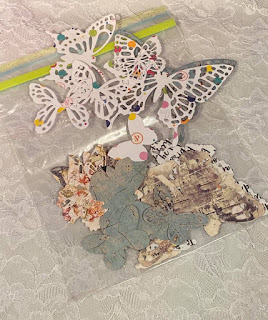 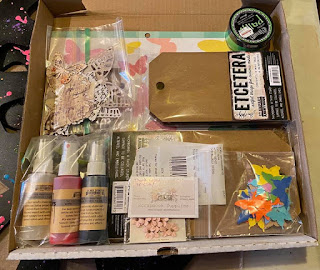 Once I had her package ready to go, I started a couple more projects. I have a steampunk tag to make for a swap so got it started. I used the soft clay from Stamperia that I ordered to make another set of the steampunk molds for the project, as well as prepping the tag by painting it black and adding texture paste. Of course I didn't take photos of that yet so you will have to wait!

I did start one more project - I found more photos of my grandmother for the heritage paper so started a two page layout for it. I was super tired though so didn't get it finished. But this is it so far. 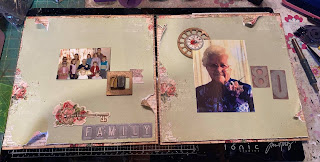 I hope to finish this tonight, as well as a couple online courses coming up this week. So till next time, stay safe and stay crafty my peeps!
Posted by Buffylongard at 13:34